Gene Brignola is the author of Right Under Your Nose, Sex, Drugs, Rock and Roll (Book 1of a TRILOGY). He was born in New Jersey and spent his adolescent years living on the Jersey Shore in Toms River. After college he lived in many major US cities and was fortunate to become friends with a few individuals who participated in some very exciting adventures. He was inspired to tell the story of those experiences.

In 1976, after working in Philadelphia with a friend (RG) who introduced him to the Arts. He started an art design and fabrication studio (INGLAS Ltd.) that catered to the top Fortune 100 companies. From 1978-1993 his studio created custom-designs and prototypes for Walt Disney Productions, and his work was showcased on the first Disney Channel episode.

INGLAS was the first to use Laser technology to design merchandise sold at the opening of Walt Disney's future city "EPCOT".

He authored two International Sports Nutrition audios (including interviews with nationally known amateur and professional athletes').  "Winning by Design, and Winning Beyond the Prize" plus an Antioxidant/Botanical Compendium manual.
He is married with three children.
He has a love for restoring antique hot rods. 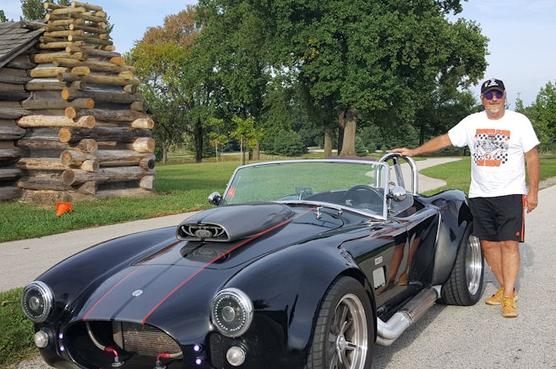