The intense cultural change of the 60’s was an awakening experience for everyone.

One surprise from that era was concealed in a safe deposit box, and it cemented the fact that Dean’s identical twin brother James thought to be dead for the last 40 years was alive. In an unorthodox way James Briggs had provided proof of his mortality with a hand written account of the last forty years of his whereabouts and had finally decided to re-connect with his family, the one he left behind, and the one he thought in his heart of hearts he would never see again.

Dean a retired DEA agent never spoke to his wife of 35 years about having an identical twin brother, but after spending six hours reading his journal together, he revealed the truth that the author of his birthday present was indeed his brother. Later that evening, Dean and Karen compelled by what they had read flew to Miami, unsure of exactly what was to happen next, when they entered the law offices of Barry Katz, ESQ.

Without the help of a relentless private investigator the possibility of being reunited with his brother would have never taken place. When the moment finally arrived, the sight of his long lost brother caused all of the animosity Dean had kept bottled up over the years to disappear. There was still one question that lingered in the air….

Why had he been incognito and why did he want everyone to believe he was dead?

Would he finally be able to explain to his brother and new found sister-in- law, in person, why he wasn’t present at his parents’ funerals?

The next 24 hours would be ones they would never forget.

A phone call, a flight, an unbelievable reunion, and a tearful reconciliation only answered some of the immediate questions; the rest may come as a big surprise to everyone. 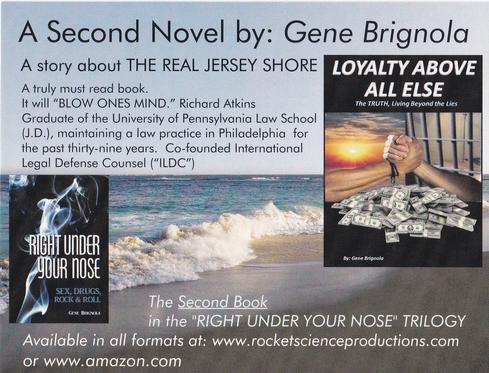